Scenario: You are a newly appointed health and safety advisor for a construction company. You work in the head office, which is a two-storey office building, along with:

The contracts manager has a reputation for being irritable and unapproachable, is only seen when arriving and leaving, and is occasionally abusive if interrupted.

The office building is in a business park away from main traffic routes. The office has its own on-site car park, but spaces are sometimes limited. When all of the allocated spaces are taken, some vehicles are parked across existing parked cars, blocking them in and making it hazardous to manoeuvre. No one has assessed the risks in the car park.

Recently, a near miss occurred in the car park, when a distracted construction worker reversed their vehicle recklessly, narrowly missing a fellow construction worker walking to their own vehicle parked opposite. As a result, there was an angry exchange between the two of them.

You decided to talk informally with some of the workers. They described previous near misses and minor collisions; with vehicles reversing out of allocated spaces into other vehicles, and vehicles narrowly missing pedestrians. The workers said that they would not report these because they were afraid of being blamed. Also, no one listened to them or took any action. They also told you that there is no formal health and safety discussion between workers and managers.

You discuss the near miss and subsequent exchange with the two workers and the operations manager. You ask for their opinions. The worker, who was almost struck by the reversing car, suggested that it would be safer if everyone reversed into car parking spaces. The operations manager was less helpful and said that there was nothing to worry about, and that this has been happening for years, but no one had ever been seriously hurt. The operations manager also said it was best for people to sort it out themselves.

You have been asked to chair the health and safety committee meeting. Before the meeting, you decide that you will open the meeting by reminding everyone of moral expectations of health and safety.
Prepare notes of the moral arguments you will use at the meeting.
Note: You should support your answer, where applicable, using relevant information from the scenario.

Task 2: Why near misses should be investigated (10 marks)

The health and safety committee now look at consultation within the company.
What formal meetings could you plan, that are likely to help improve consultation in this workplace?

Based on the scenario only, comment on the current health and safety culture in the company. 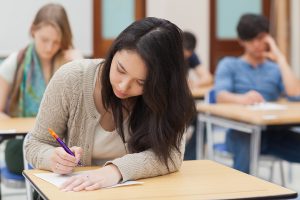 Not a valid elementor page